Minister of State for Advanced Sciences 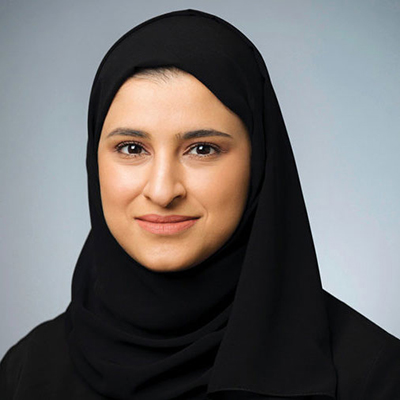 Her Excellency Sarah Al Amiri is a Minister of State for Advanced Sciences where she is responsible for enhancing the contributions of advanced sciences to the development of the UAE.

Her Excellency Al Amiri is also the Chairwoman of the Emirates Scientists Council (ESC), and the Deputy Project Manager and Science Lead of the Emirates Mars Mission (Hope) at the Mohamed bin Rashid Space Centre (MBRSC).

Her Excellency Al Amiri was formerly the head of R&D at MBRSC, where she established the Centre’s knowledge management, strategic research and product assurance functionalities. She joined MBRSC in 2009 as a software developer and worked on both DubaiSat-1 and DubaiSat-2. She was also part of the initial team that set up the KhalifaSat program.

In 2014, HE Al Amiri was tasked with establishing the Advanced Aerial Systems Program. She led a successful development effort to fly a prototype High Altitude Pseudo-Satellite (HAPS), a UAV, in the world’s busiest airspace. The project ended with a successful 24-hour flight, where the aircraft soared to the highest altitude of any aircraft over the UAE’s airspace.

In 2015, HE Al Amiri was selected as one of 50 young scientists by the World Economic Forum (WEF) for her contributions to the fields of science, technology and engineering.

Her Excellency holds a Bachelor's and a Master’s degree in Computer Engineering from the American University of Sharjah.