Distinguished Professor of Chemical Science, and Director of the Advanced Membranes and Porous Materials Center at King Abdullah University of Science and Technology (KAUST), KSA 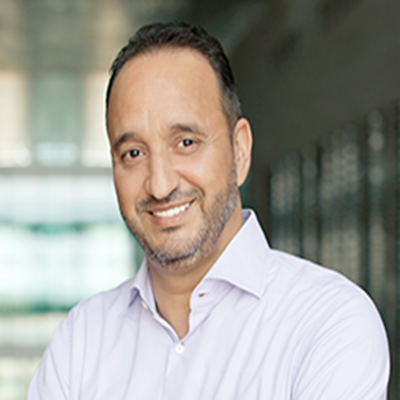 Dr. Eddaoudi received his master's and doctorate in Chemistry from Denis Diderot University (Paris VII) in Paris, France. Dr. Eddaoudi is a member of the American Chemical Society. He received the Outstanding Faculty Research Achievement Award (2004 and 2007) and the Chemistry Outstanding Teaching Award (2005 and 2008) from the University of South Florida. He was awarded the Abdul Hameed Shoman Prize for Arab Researchers, topic 'Renewable Energy'. (September 2019) He was awarded the prestigious National Science Foundation Career Award in 2006. Dr. Eddaoudi has given more than 150 invited talks at conferences and universities since 2002. Dr. Eddaoudi was selected in 2014, 2015, 2016, 2017, 2018 and 2019 as Thomson Reuters Highly Cited Researchers and world’s most influenced scientific minds (2014). His contribution to the field of metal-organic frameworks (MOFs) has been highly visible in peer-reviewed journals, as evidenced through his recognition by ISI in 2007 as one of the top 100 most cited chemists of the past 10 years (ranked #68).