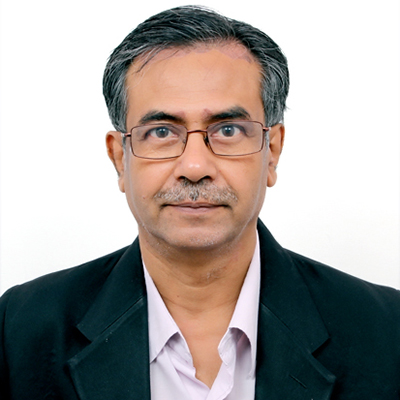 Professor Biman Bagchi is well-known internationally in the field of physical and bio-physical chemistry, especially in chemical dynamics and relaxation phenomena. Many of his papers have made huge impact in the arena of science. He obtained his PhD from the Brown University, Rhode Island, USA and subsequently carried out post-doctoral research work both at the University of Chicago and the University of Maryland, USA. He has received many accolades, like Shanti Swarup Bhatnagar award, 7th GD Birla award, Goyal Prize and TWAS Prize (The World Academy of Sciences) in Chemistry, and most recently, the prestigious  Humboldt Research Award in Theoretical Chemistry. He is an elected Fellow of four major academies. He has served as the Dean, The Faculty of Sciences in the Indian Institute of Science, Bangalore. He has been in the Advisory Editorial Boards of several journals, including JCP (AIP), JPC (ACS), CPL (Elsevier) and Chem Phys (Elsevier).

In his academic career, Professor Bagchi published nearly 468 papers in reputed journals. He also authored two well-known monographs published by the Oxford University Press (NY) and Cambridge University Press (UK). And a third major text on Statistical Mechanics has been published by Taylor & Francis and CRC Press.published. He has authored 25 major review articles including 6 Feature Articles in Journal Physical Chemistry (ACS) which are partly pedagogical and influenced generations of physical and theoretical chemists. Journal of Physical Chemistry (ACS) brought out a successful Festschrift in 2015 (August) to felicitate Prof. Biman Bagchi. For details please visit the link.