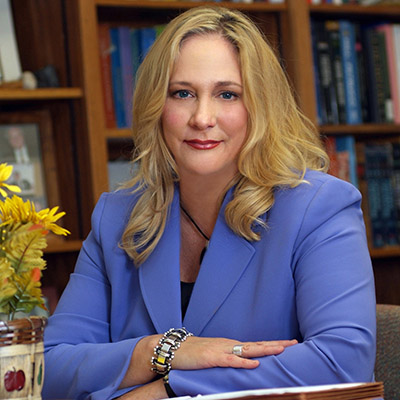 Professor Kim R. received a B.S. degree in Chemistry with a minor in Mathematics at Westminster College and a Ph.D. in Inorganic Chemistry at Purdue University under the direction of Richard A. Walton. She conducted her postdoctoral research at Texas A&M University with the late, renowned chemist F.A. Cotton before accepting a position as an Assistant Professor at Michigan State University where she rose through the ranks to Distinguished Professor. She is a currently a University Distinguished Professor and holds the Davidson Chair of Science in the Chemistry Department at Texas A&M University. Dr. Dunbar has been recognized with numerous awards for teaching and research over the years. At Michigan State University (MSU) she won the leading Teaching Award (1990) for freshman chemistry and received a Camille and Henry Dreyfus Teacher-Scholar Award (1991-1995), an Alfred P. Sloan Fellowship (1992-1995), a Sigma Xi Research Award (1998), and a Distinguished Faculty Award from MSU (1998). She was the recipient of a Distinguished Alumni Award from Westminster College (2000), and a Purdue University Distinguished Alumna Award (2004). She received two National Science Foundation Creativity Extension Awards (1995; 2002) and is a Fellow of American Association for the Advancement of Science, (2004), the American Chemical Society (2011) and the Royal Society of Chemistry (2017).  While on faculty development leave in 2011, she was named a Wilsmore Fellow and Visiting Professor at the University of Melbourne, Australia and a Visiting Professor at the Institut Le Bel, Iniversité de Strasbourg, France.

In 2012 Professor Dunbar received an Honorary Degree from her alma mater Westminster College and in 2015 she was honored with the American Chemical Society Distinguished Service Award for the Advancement of Inorganic Chemistry sponsored by Strem Chemicals.  The Chicago Section of the American Chemical Society and Northwestern University chose Prof. Dunbar as the 2019 recipient of the Fred Basolo Medal For Outstanding Research in Inorganic Chemistry.

Kim Dunbar has been featured along with other prominent women scientists including Marie Curie in an Editorial in Angewandte Chemie on Women in Chemistry published in 2011, and she is the first woman in the College of Science at Texas A&M University to be named a Chaired Professor. Dunbar's research in synthetic and structural inorganic chemistry is focused on the use of coordination chemistry to establish structure/bonding/properties relationships in molecular materials and in metal-based drugs.  She is the author of over 400 publications (18 reviews or book chapters) with an h-index of 72. She served from 2002-2017 as an Associate Editor for the leading journal in her field, the ACS journal of Inorganic Chemistry.