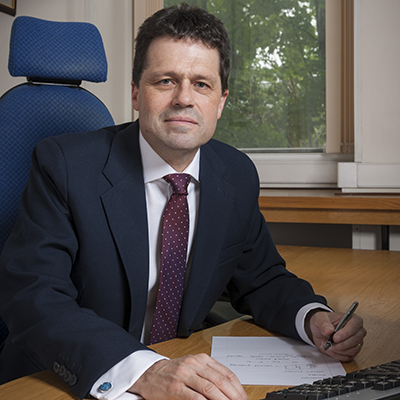 In 2013 he became a Royal Society Research Professor. He was awarded the inaugural de Gennes Prize for Materials Chemistry (a lifetime achievement award open internationally) by the Royal Society of Chemistry in 2009, the C.N.R. Rao Award of the Chemical Research Society of India in 2010 and gave the Muetterties Lectures at UC Berkeley and Lee Lectures at the University of Chicago in 2017. He was awarded the Davy Medal of the Royal Society in 2017. He was a member of the governing Council of the Engineering and Physical Sciences Research Council from 2015 - 2019.

His work addresses the synthesis of new functional materials in bulk and thin film form for energy and information storage applications, and has been characterised by extensive collaboration with many academic and industrial colleagues. Current areas of interest include materials for batteries and solid oxide fuel cells, multiferroics, thermoelectrics, superconductivity, materials for separations and catalysis, high-throughput materials discovery, and materials for solar energy conversion. His group is developing an integrated computational and experimental approach to materials discovery, including new tools for crystal structure prediction.