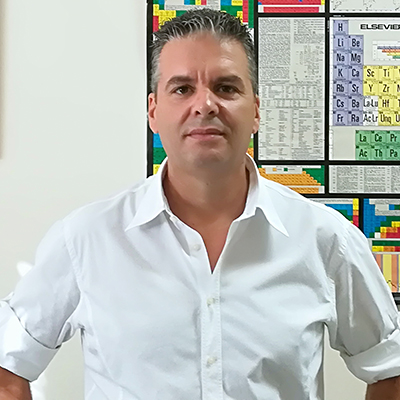 Prof. Pantelis N. Trikalitis works in the field of metal organic frameworks with emphasis in gas storage and separation as well as in water sorption-based applications and his research has attracted considerable funding from major National and European funding agencies, including an Excellence grant from GSRT in Greece, Industry-Academia cooperation grants and Marie Curie European Grants. He has more than 80 publications in top quality peer reviewed international journals including Nature, Science, JACS, ACIE and ChemComm, from which he has received more than 3,600 citations with an h-index of 33.