Presidential Chair in Science and Professor of Chemistry University of Oregon, USA 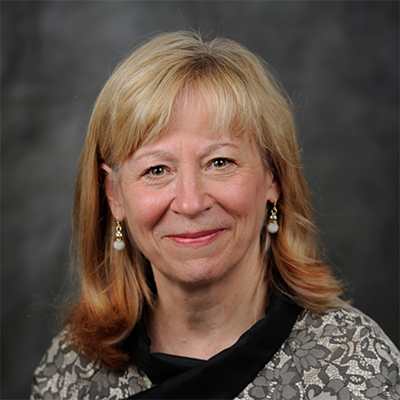 Geraldine (Geri) Richmond is the Presidential Chair in Science and Professor of Chemistry at the University of Oregon. Her research using laser spectroscopy and computational methods focusses on understanding environmentally and technologically important processes that occur at liquid surfaces. Over 200 publications have resulted from the studies conducted in her laboratory with undergraduate, graduate students and postdoctoral associates. Richmond is a member of the U.S. National Academy of Sciences and a Fellow of the American Academy of Arts and Sciences.  She has served in leadership roles on many international, national and state governing and advisory boards. She is currently serving as a member of the U.S. National Science Board, as Secretary of the American Academy of Arts and Sciences and President of Sigma Xi Scientific Honor Society. She is recent past president of the American Association for the Advancement of Science and  as the U.S. Science Envoy to the Lower Mekong River Countries.  Richmond is the founding director of COACH a grass-roots organization formed in 1998 that has helped over 20,000 women scientists and engineers in career advancement in the U.S. and countries around the globe.

Awards for her scientific accomplishments include the U.S. National Medal of Science, the  Priestley Medal from the American Chemical Society (ACS), the Linus Pauling Legacy Award, the American Phyical Society Davisson-Germer Prize, the ACS Joel H. Hildebrand Award in the Theoretical and Experimental Studies of Liquids, the Speirs Medal from the Royal Society of Chemistry, and the ACS Olin-Garvan Medal. Awards for her education, outreach and science capacity building efforts include the  ACS Charles L. Parsons Award for Outstanding Public Service, the ACS Award for Encouraging Women in the Chemical Sciences, and the Presidential Award for Excellence in Science, Mathematics and Engineering Mentoring.