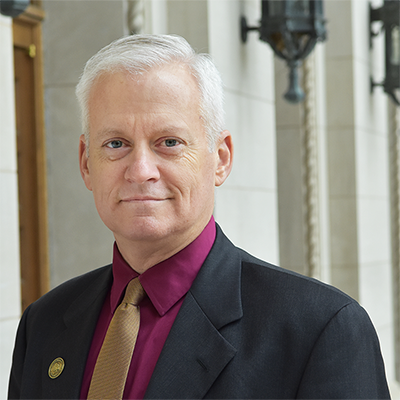 Prof. Christopher J. Cramer serves as Vice President for Research for the University of Minnesota. In that role, he supports and facilitates the research and scholarly activities of faculty, staff, and students, and provides strategic direction for ~$1B/year of annual research spending; this level of expenditure ranks Minnesota 8th in the United States among public research universities. The Office of the Vice President for Research serves the University’s five system campuses through its management of proposal and award processing, compliance functions, technology commercial-ization, and relationships with industrial partners. It is also home to several transdisciplinary academic research centers and institutes.

Cramer earned his A.B. in Mathematics and Chemistry from Washington University in St. Louis and his Ph.D. in Chemistry from the University of Illinois. His professional career began with four years of service as an officer in the United States Army, including combat duty in Operation Desert Storm, after which he began his academic career at the University of Minnesota, where he also holds the title of Distinguished McKnight and University Teaching Professor. As a researcher, Cramer’s interests encompass modeling chemical phenomena, including especially those related to energy and environmental sustainability. He is author of the textbook Essentials of Computational Chemistry, Theories and Models and has been recognized as a fellow by the American Chemical Society, as well as by the Alfred P. Sloan and John Simon Guggenheim foundations.