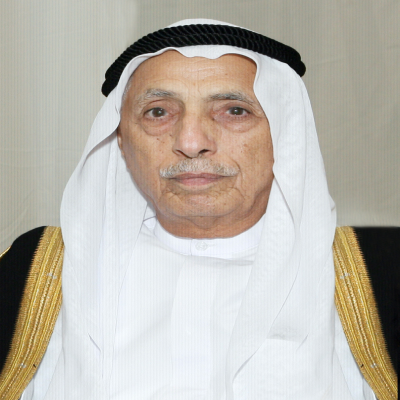 Juma Al Majid, the internationally recognised and awarded philanthropist, started his professional life with his uncle in trade in Dubai, afterwards he became a trader. From the beginning of the fifties, he has worked to establish charitable organizations including secondary schools and later free education and support for travel for needy expatriate students, and for women.

In 1991, Mr. Al Majid realized the needs of scholars and researchers, especially those who are unable to obtain the necessary books, references and manuscripts, so he established a public library, afterwards it was developed to become a cultural  organization, known as, the Juma Al Majid  Center for Culture and Heritage.
Mr. Juma Al Majid, accompanied by specialists from the center, has visited many countries to collect Arab and Islamic manuscripts (originals and copies), and he found that it was necessary to develop a restoration machine, known as the “ Al Majid Restoration Machine” to restore damaged original manuscripts and protect them from deterioration. The machines have been distributed as a gift to more than 14 countries.

Thank you for your interest, For further information on the Electronic Theses and Dissertations, ETD 2021, please contact the following: