The International Conference on Innovations in Information Technology (IIT’18) is a premier forum for the presentation and discussion of technology advances and research results in the field of Information Technology (IT). Held in the oasis city of Al Ain, the fourth largest city in the United Arab Emirates (UAE), IIT’18 is the thirteenth in a series that has been held in UAE since 2004. The conference brings together leading scientists, researchers and academics in IT from around the world. 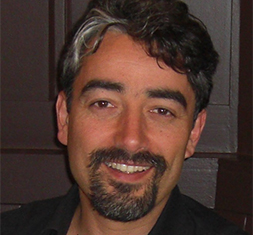 Title: Machine Learning as a Catalyst for Precision Health

Most medical treatments have been designed with the average patient in mind, but this approach of one shoe fits all is not suitable for all patients since individuals are unique and have specific characteristics and needs. Precision health is said to be the future of patient care. To Determine the best care for each individual patient or case, precision health uses available data and Artificial Intelligence techniques, specifically machine learning, to personalize medicine based on different affecting factors. But what are Artificial Intelligence and Machine Learning and how can they be used in the context of healthcare? In this talk, we will present AI, ML and precision health and show concrete examples to demonstrate how precision health is poised to change modern medicine as we know it thanks in particular to advances in Machine learning.

Osmar R. Zaïane is a Professor in Computing Science at the University of Alberta, Canada, and Scientific Director of the Alberta Machine Intelligence Institute (Amii) since 2009. Dr. Zaiane joined the University of Alberta in July of 1999. He obtained a Master's degree in Electronics at the University of Paris, France, in 1989 and a Master's degree in Computer Science at Laval University, Canada, in 1992. He obtained his Ph.D. from Simon Fraser University, Canada, in 1999 under the supervision of Dr. Jiawei Han. His Ph.D. thesis work focused on web mining and multimedia data mining. He has research interests in data analytics, namely novel data mining algorithms, web mining, text mining, image mining, social network analysis, data visualization and information retrieval with applications in Health Informatics, e-Learning and e-Business. He has published more than 270 papers in refereed international conferences and journals, and taught on all six continents. Osmar Zaiane was from 2009 to 2012 the Secretary-Treasurer of the ACM SIGKDD (ACM Special Interest Group on Data Mining) which runs the world’s premier data science, big data, and data mining association and conference. He is also on the steering committee of many data mining conferences such as IEEE International Conference on Data Mining, Advanced Data Mining and Applications, Data Science and Advanced Analytics. He was the Associate Editor then Editor-inChief of the ACM SIGKDD Explorations from 2003 to 2010. He was also Associate Editor of the Knowledge and Information Systems, An International Journal, by Springer, and of the journal Data Mining and Knowledge Discovery by Springer, as well as the International Journal of Internet Technology and Secured Transactions He was the General co-Chair of the IEEE International Conference on Data Mining ICDM 2011. Osmar Zaiane received the ICDM Outstanding Service Award in 2009 and the 2010 ACM SIGKDD Service Award. 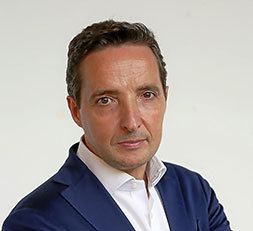 Artificial Intelligence (AI) is the driving force of growth in the world and therefore it is an extremely topical subject nowadays. The ever-greater developments in the field of artificial intelligence have sparked conversations of its potential in different sectors (society, business, government, etc.).

Such is the impact of this technology that the United Arab Emirates has appointed a State Minister for Artificial Intelligence, the EU has created a commission to promote AI and is planning to invest over 1.3 Billion Euros in AI projects, as part of the next EU research program, called Horizon Europe.

A growing number of our city’s services are entirely based on artificial intelligence and many more are improved by it. From air traffic and food production to the analysis of huge amounts of data which help to create more comfortable and efficient cities. What is clear is that humans are the great architects of this evolution. Machines are dependent on humans, even if they work autonomously. The designed intelligent systems are highly specialized and are created to solve specific problems; they have little capacity to abstract or generate new intelligence far from their sphere of function.

Recently Apple won a prize for becoming the first trillion-dollar company in the U.S. However, barring a recession, it won’t be long before Amazon, Alphabet and Microsoft—each valued at between $800 billion and $900 billion—join the club. Why? Because all four companies—along with other data-rich firms like IBM, Facebook, Salesforce and Chinese giants Baidu, Alibaba and Tencent—are investing heavily in artificial intelligence. And almost every thoughtful business leader thinks AI will transform the business landscape in the decade to come. Sales and profits will inevitably follow.

AI has been here for ages but now we have all we need to make it a reality; computing power, storage capacities, communications technology and man power. With all these resources we can become more efficient by incorporating AI into our daily activities.

Traditionally, data are kept on a server that is owned and operated by a third-party company. This approach is risky since  a third party can access, destroy, alter or  leak the data. Through Blockchain, data are encrypted and then propagated over a distributed network of computers. In this way, data are nobody's property, data cannot be destroyed nor altered. Data blocks are sets of permanently recorded data e.g. financial transactions. The information is first run through the hashing algorithm which represents the data in a compact format, making it possible to detect changes in the data. Any small change in the data completely modifies the  hash version, so it is easy to compare them.  Data in a hash format are then encrypted. One private key is used as a digital signature and also allows the producer of the data to perform encryption. Also, one public key allows everyone else with the key to decrypt it. Finally, the data blocks are connected to each other (chained).

Bitcoin is just one of the many applications of Blockchain. This technology is an excellent complement to Artificial Intelligence. Blockchain’s possibilities are endless in all fields but in industry, it is more commonly used in some areas than in others e.g. Supply Chain Management, Health Care and medical record sharing, Media Distribution, E-commerce with no middlemen, Sharing economy with no central authority, Authenticated News Sharing/Data Sharing, Data Sharing Between companies.

Edge Computing streamlines the flow of traffic from IoT devices and provides real-time local data analysis. Instead of a centralized data-processing warehouse, this paradigm processes the data near the edge of the network, where the data is being generated. Edge computing accelerates data-streaming, including real-time data processing without latency. It allows smart applications and devices to respond to data as they are being created, this almost instantaneous response eliminates lag time. This is critical for technologies such as self-driving cars and has equally important benefits for business.

Edge computing, therefore, allows for efficient data processing near the source, reducing Internet bandwidth usage, this both eliminates costs and ensures that applications can be used effectively in remote locations. In addition, the ability to process data without ever storing it in a public cloud is another layer of security, useful for sensitive data.

AI, blockchain and edge computing are allies and may be used jointly to efficiently develop smart cities and smart grids. Security, reliability, rigorous time response and smart solutions are elements that characterize our modern cities and power distribution networks.

Corchado is the Director of the European IoT Digital Innovation Hub and of the BISITE (Bioinformatics, Intelligent Systems and Educational Technology) Research Group, which he created in the year 2000, President of the IEEE Systems, Man and Cybernetics Spanish Chapter, Academic Director of the Institute of Digital Art and Animation of the University of Salamanca. He also oversees the Master´s programs in Digital Animation, Security, Blockchain, IoT, Mobile Technology, Information Systems Management and Agile Project Management at the University of Salamanca.

Corchado has supervised more than 25 PhD theses, is author of over 800 research peer review papers and books, has chaired the scientific committee of more than 30 international conferences, and is also Editor-in-Chief of Specialized Journals like ADCAIJ (Advances in Distributed Computing and Artificial Intelligence Journal) and OJCST (Oriental Journal of Computer Science and Technology). 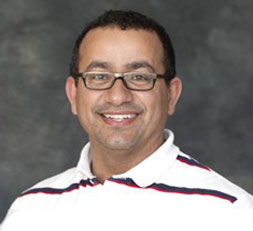 Blockchain can be simply defined as a distributed digital ledger that keeps track of all the transactions that have taken place in a secure, chronological and immutable way using peer-to-peer networking technology. The most known blockchain application is bitcoin which supports transactions of bitcoin transfer. However, blockchain is finding many uses in financial and non-financial applications as evidenced by the dramatic increase of interest by industry and government . It is believed that blockchain will transform how the economy works.

This talk will start with a brief overview of Blockchain technology. Then, it will present some interesting use cases of the technology that have been implemented and tested. More generally, it will identify industry segments where blockchain can play a key role in solving existing issues. It will identify the limitations of the technology such as the problem of scalability and off-chain data feeds to the blockchain (aka oracles). The talk will conclude by briefly overviewing our work at Montreal Blockchain Lab and our view on the future of blockchain.

Dr. Abdelhakim Senhaji Hafid is Full Professor at the University of Montreal, where he founded the Network Research Lab (NRL) in 2005. He is also research fellow at CIRRELT, Montreal, Canada. Dr. Hafid published over 230 journal and conference papers; he also holds 3 US patents. Prior to joining U. of Montreal, he spent several years, as senior research scientist, at  Telcordia Technologies (formerly Bell Communications Research), NJ, US working in the context of major research projects on the management of next generation networks.

Dr. Hafid has extensive academic and industrial research experience in the area of the management of next generation networks. His research interests include also intelligent transport systems, cloud/mobile cloud, IoT, fog networking and blockchain 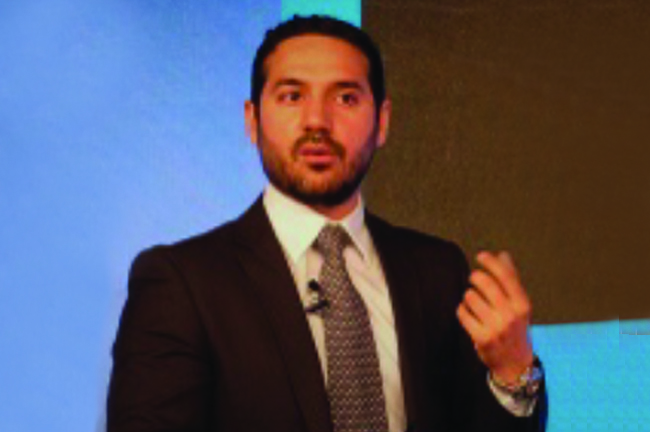 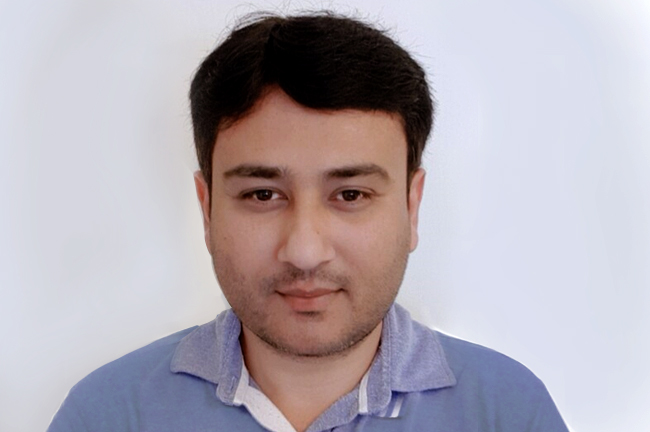