The 26th International Annual Conference on the Legal Aspects of the Usages of Outer Space: Opportunities & Challenges

Countries around the world are keen on promoting innovation to achieve sustainable human development. In this context, they compete to benefit from space exploration. Currently, the space contains thousands of satellites of which 700 satellites are owned by sixty countries.However, the States active in space exploration do not exceed thirty.

Space law has been a subject of debate since the entry into force of the United Nations Outer Space Treaty in 1967, which 107 States have already joined, to which 103 States have joined and which was followed by four United Nations conventions between 1968 and 1979. There are also a number of international organizations dealing with space laws, such as the International Telecommunications Union, in addition to a number of regional organizations, such as the European Center for Space Law.  Although a large number of laws, law proposals and non-binding instruments exist, States still need to enforce and harmonize the laws of space. 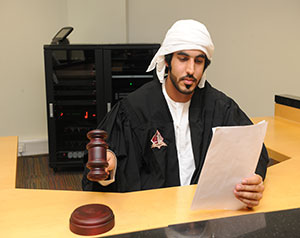 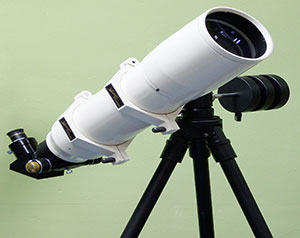 Defining Outer Space and the Rights of States

Settlement of Disputes Regarding of Space Activities. 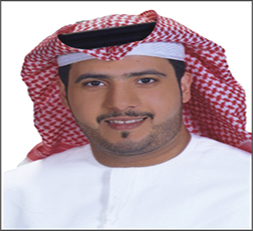 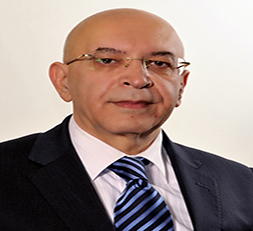 The concept of common heritage of mankind and Space Law.

The prospect of commercial exploitation of outer space resources by private institutions raises questions regarding   the validity and the content of the concept.

The paper suggests that a new concept of “sovereignty” is emerging in space law. It is founded   on space technical capacities which are possessed by few states.  It is “functional sovereignty”: its content and scope are determined by private enterprises.

Any conceptual framework regarding outer space   must take into consideration the interests of all mankind, the conflicting interests of states, and the reality private commercial operations.

Prof. Zhao Yun Professor and Head of Department of Law at the University of Hong Kong.

Professor and Head of Department of Law at the University of Hong Kong. 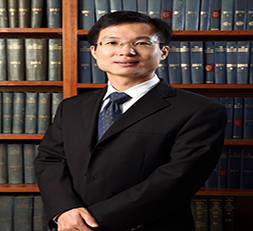 The Aftermath of the US Space Resource Exploration and Utilization Act: What’s Left for China?

The enactment of the US Space Resource Exploration and Utilization Act in 2015 aroused heated discussions around the world regarding the legal nature and ownership of natural resources in outer space. The concept of “common heritage of mankind” in the Moon Agreement has not been widely accepted. In accordance with the non-appropriation principle in the Outer Space Treaty, outer space is not subject to national appropriation. However, there is a need to balance the common interests of international society and the interests of the nations and individuals who invest heavily in the space resource exploration. The unilateral approach of the United States by adopting a national law should not be the best way to deal with space resource exploration. As a major space faring nation, China should take a proactive approach in both national and international legislation in the field. At the international level, China should consider an appropriate international mechanism for space resource management. 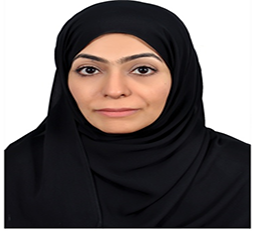 The Space Traffic Management (STM) is increasingly important international topic, widely recognized. In fact, until now, the STM is a controversial issue and there is no internationally agreed standard, definition, or framework for it. Recently, states realized the importance of the topic and the need for further collaboration among them. Therefore, several states, international organizations and individuals started to think and study the topic.

The UAE Space Agency conducted a study on the mentioned topic. In this study, it viewed some of the international studies such as the IAA Cosmic Study 2017. It also viewed some of the domestic regulations and policies such as the 2018 U.S. policy on STM. The study in general focused on certain areas like: the definition of the STM, the related provisions of the STM in the international space treaties, elements of space traffic management, and whether if these elements covered by the UAE Space Policy, draft Law, and Regulations.

The UAE, represented by the UAE Space Agency, has a high interest in the topic and is keen to take into consideration the main elements and standers of the STM, when developing the domestic regulations and processes. It is also keen to contribute in developing a suitable international regulatory framework for the STM. 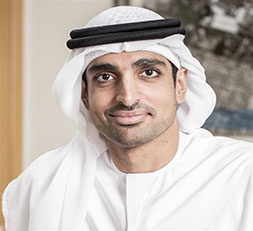 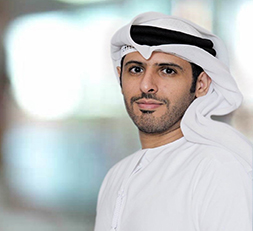 The Use of Space for Defense Purposes

By the end of World War II, the race to use space for military purposes between the superpowers has started. It is now widely known that Sputnik 1 had paved the way to legalize the use of spy satellites that orbit above other state’s territories, which later on became a customary international law when no state protested against the Soviet Union’s satellite. During the cold war, the US and the Soviet Union relied heavily on the use of surveillance satellites in orbit above each of their territories. With time, several types of military satellites have been developed and employed in many fields. These applications not only have a critical impact on military operations on the ground, in the sea and air, but also enhance the defensive capabilities for the military. Nowadays, satellites have become indispensable for infrastructure on earth and military operations. The defensive uses of space are vital for national security since they provide the ability to deter man-made or natural threats against space and terrestrial capabilities, assets, and infrastructure. These defensive military uses of outer space whether active or passive are playing a significant role in modern military operations through providing information, intelligence, protection, and other services. From legal perspective, the international space law, specifically Article IV of the OST dose not restrict the defensive uses of space except the placement and stationing of nuclear and mass destruction weapons in Earth’s orbit, celestial bodies, and outer space. As a result, the active and passive defense uses are not prohibited under the international space law unless such uses are aggressive and cause a threat and use of force as per the UN Charter. On the other hand, Article III of OST expresses clearly the obligation of member States to maintain international peace and security which indicates that weaponization of space not the passive use of space is contrary to the OST and the peaceful use of outer space. In addition, even the active defense use if it is triggered by the right of self-defense, it would not breach a state obligation to maintain international peace and security under Article III of the OST. Hence, the passive military activities in space seem in line with the international space law and customary international law due to states practice. However, the active defensive applications although not prohibited, they might affect the international peace and security if not exclusively used for defensive purposes. Furthermore, a state’s right of self-defense is recognized based on Article 51 of the UN Charter. The dominant interpretation of this right is that a state has the right to self-defense if any of its space assets have been attacked. Another approach suggests that an anticipatory act may be exercised if there is a necessity of self-defense, but such an act must be proportionate. However, which approach a state could use remains debatable. Thus, a state in exercising its right of self-defense may use space-based capabilities, ASAT, or BMD, providing that such exercise must fulfill the requirements as per international law. Overall, the current international space law does not restrict the use of defensive space applications except the placement and stationing of nuclear and mass destruction weapons in Earth’s orbit, celestial bodies, and outer space, or in case these defensive space applications are aggressive  or cause a threat of force as per the international law. 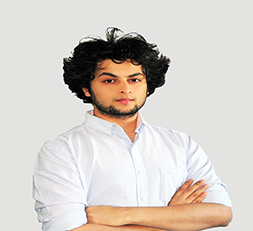 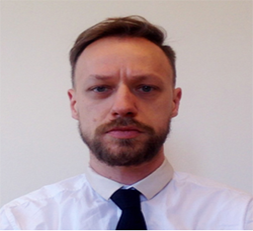 Conflicts in Space and MILAMOS. 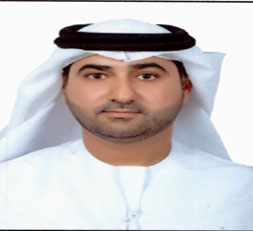 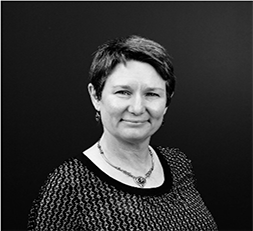 How are commercial transactions different when they involve a space activity?  Most commercial legal practitioners are familiar with the legal conventions associated with the sale and purchase of equipment and services.  When this equipment is designed to be launched into space or the service involves the movement or operation of objects in space, the regulatory environment and risk management drivers are very different.

Unlike equipment that is located on earth, most space-based assets cannot be accessed for recovery or repair if something goes wrong.  This has led to a treatment of concepts like negligence, liability and insurance that differs from terrestrial transactions.  Some of the conventional ways of treating these concepts are surprising to practitioners who are unfamiliar with the space industry.

This presentation will outline some of the key concepts that underpin commercial relationships when the transaction has an outer space dimension, starting with the purchase of spacecraft and launch services. 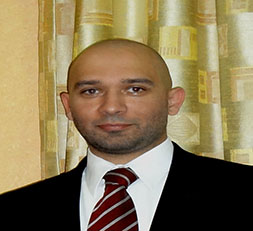 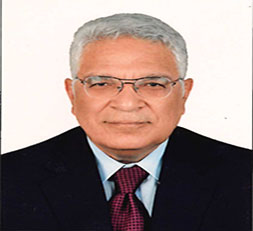 The Legal Regulation of Space Waste 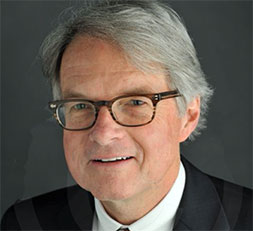 As space activity among a few world nations began, early legislative processes at the international level, primarily through the United Nations (UN) General Assembly and its Committee on the Peaceful Uses of Outer Space (COPUOS), set out to gain agreement that space would be used for peaceful purposes. Space activities have since evolved from being the domain of a few, to that of making low cost access available to many. Outer space activity is a global enterprise. The first section of this paper discusses characteristics of the Earth’s space environment and the challenges it presents to users. The second section reviews how activities have evolved, and more specifically how the space environment influences programs and missions. The third section discusses trends and how space is logically evolving from the domain of governments to more commercial involvement. The paper concludes with discussion of maintaining responsibility for the environment as a means of ensuring the long term sustainability of space through continued peaceful global collaboration. 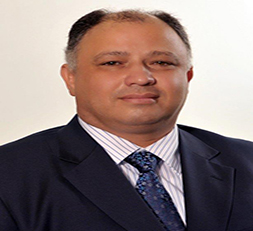 Dispute Resolutions of  Space Activities according to UN Instruments

The purpose of this article is to address the problem of whether the jurisdictional immunity of the States should indeed be suspended if a case was brought before a national courts against a foreign country for civil compensation for violations of international jus cogens norms? Here, important questions are raised which the article will seek to address and answer: Is it conceivable that there is a contradiction between the jurisdictional immunity of the State and the peremptory international jus cogens norms? Does the norm of jus cogens prevail over the norm of judicial immunity of a State in the event of conflict? This article is based on several hypotheses that it sought to prove and to substantiate their authenticity in the light of the current state of international law which has become a functional concept of State sovereignty and makes human rights and freedoms one of its fundamental pillars. 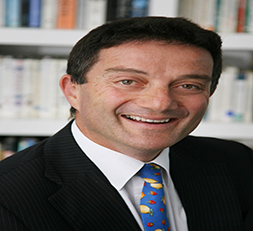 The concept of common heritage of mankind and Space Law

The aftermath of the US space resource exploration and utilization Act: What’s left for China?

The use of outer  space for defense purposes

Conflicts in outer  space and MILAMOS

Commercialization of outer space activities by the private sector

The legal regulation of space waste

Dispute resolution of  space activities according to UN instruments